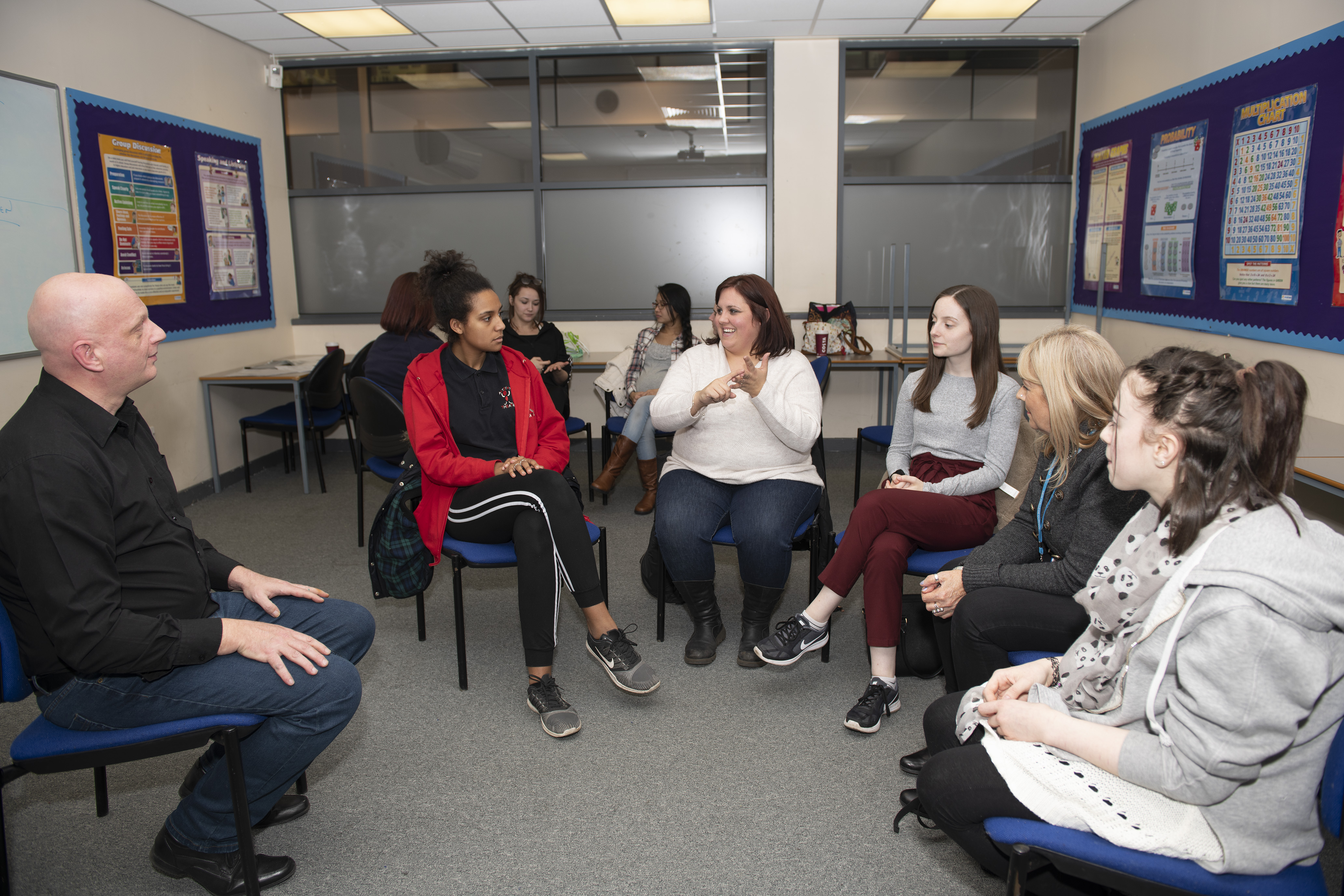 The goal for the week is to show that Sign Language is for everybody, and, is shared and enjoyed by many children, people, families, groups and communities. This year, Signature is focused on increasing awareness of British Sign Language, whilst encouraging more people to learn the language.

The positive impact of BSL on thousands of Deaf and hard of hearing people is often underappreciated. Our goal is to make everyone realise the importance of BSL, and how awareness can make a big difference.

The success of the Oscar winning film ‘The Silent Child’ has proven that audiences worldwide have a keen interest in Sign Language, as well as demonstrating the need for more ambassadors to help promote change. Organisations such as British Airways, Mars and Aldi have also begun to recognise the importance of BSL, and have recently produced TV adverts featuring the language.

Signature has achieved a vast amount over the past twelve months. In addition to improving the ways in which we communicate with our learners, we have made positive changes in our fight to get a GCSE in British Sign Language.

Sign Language Week 2019 saw Signature have nearly 4m people using #SignLanguageWeek and #SignWithSignature and over 130,000 videos views across the 7 days.

The
Campaign
Get
Involved

To help us raise awareness of BSL, we have enlisted the help of friends of Signature. MP’s, celebrities, sports clubs and notable organisations have become involved by signing on camera for us.

We hope that this shows that support and understanding of BSL continues to grow, and that opportunities for people to get involved and learn are now more accessible than ever.

You can see some of the Organisations, celebrities and MP's who have got involved below.

If you would like to get involved through Sign Language Week, we'd love you to get involved. You can follow and interact with us across social media. Use #SignLanguageWeek and #SignWithSignature

To coincide with Sign Language Week 2020, Signature is offering one lucky winner the opportunity to win a £50 Marks and Spencers Hamper.

Winner will be announced on Monday 23rd March 2020

British Sign Language (BSL) was recognised by the government as a language in its own right in March 2003. BSL is the first or preferred language of an estimated 70,000 Deaf people in the UK. BSL is a visual-gestural language, with its own grammar and principles, which are completely different from the grammatical structure of English.

We offer qualifications in British Sign Language from Level 1 to Level 6.

Since 2015 Signature have been working towards a GCSE in British Sign Language. You can read out latest update on this here - Read update

There are some 150,000 Deaf adults and children in the UK who use BSL and for 70,000 of them, BSL is their preferred means of communication.

Many people view sign language as a means of communication for someone who has been profoundly deaf from childhood. It is important for us view BSL as a language in its own right, used by both Deaf and hearing people in the UK.

There are currently 10 million people suffering from hearing loss in the UK and more than 800,000 are either severely or profoundly deaf.

Signature has centres across the UK. To find your local Signature centre enter your postcode below:

Stats below from research by Action on Hearing Loss

There are 11 million people with hearing loss across the UK, that's around one in six of us.

By 2035, we estimate there'll be around 15.6 million people with hearing loss across the UK - that's one in five.

An estimated 900,000 people in the UK have severe or profound hearing loss.

We estimate that there are at least 24,000 people across the UK who use British Sign Language (BSL) as their main language (although there are likely to be more that we don't know about).

Around one in 10 UK adults has tinnitus.

Why choose Signature to learn British Sign Language with?

Signature is the leading awarding body for deaf communications qualifications in the UK.

We create qualifications that provide our learners with the skills they need to build successful careers. While as a charitable organisation, we work tirelessly to improve communication, by creating learning opportunities for every stage of life.

Signature was named ‘Awarding Organisation of the Year’ at the 2019 FAB Awards. The FAB Awards are run by the Federation of Awarding Bodies.

Completing a Signature qualification could lead you on the path to a number of exciting careers.

If you have been inspired to learn British Sign Language with Signature, you can find a centre in your local area that currently offers our qualifications. You can find the centre search tool here.