Why I started up my own deaf newsletter 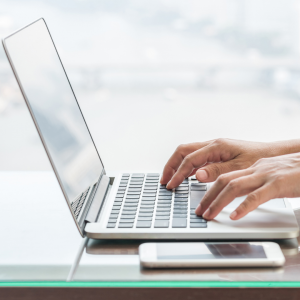 I have one person to thank for repeatedly encouraging me to set up an email newsletter. For the longest time, I had brushed it aside on the basis that I didn’t know what on earth I would want to write about. A lot of things I considered news, I had written about in my job as a freelance journalist. If we’re talking personal news, then I’d save that for the small number of people on Twitter who may find that interesting – emphasis on the ‘may’.

Yet in amongst all this, I’ve noticed a lot of my work focus on two specific areas: disability (in which I include deafness) and social media. The two interests of mine have crossed over a lot more lately, and it was this intersection which prompted me to start my own e-newsletter.

It’s called the All-Inclusive Newsletter, unashamedly tapping into my love of puns and wordplay. Landing in people’s inboxes every fortnight, the issues cover news stories on technology, social media and accessibility, and I sprinkle in a bit of my own opinion and analysis too, having covered these issues at length over several years.

Already, two of the biggest issues have been around captioning and so-called ‘social audio’, which is essentially a Zoom or FaceTime call with multiple people, but just audio. Naturally, that poses a problem for us deaf and hard of hearing folk when we can’t lipread, see body language (to give off social cues) or facial expressions. While one of the tools – Twitter Spaces – comes with automatic captioning, the biggest player, Clubhouse, has still failed to provide any access to deaf users in the year since it first launched.

Then, on captions, many platforms are still far from getting it right. Snapchat, the photo-sharing app which was in its prime in the first half/mid 2010s, has only just rolled out the feature, while the rapidly rising video platform TikTok took several years to realise that an automatic captioning tool might be useful, at which point creators had already taken to typing out captions themselves.

What was even more embarrassing was my contacting TikTok’s press office for a comment about a potential captioning feature in the future, only for them to direct me to their text-to-speech tool – something which, obviously, isn’t accessible deaf and hard of hearing people.

So, the All-Inclusive Newsletter taps into some of the access fails, as well as some new features which could genuinely have a positive impact on the online experiences of deaf and disabled people. Sometimes it’s hard to know what counts as an access win in the world of technology, but I hope that my newsletter hopes to make things a little clearer.