Memories of Stewart Simpson OBE from those who worked with him during his time at CACDP.

I first met Stewart when I came for an interview for a secretarial role at CACDP in March 1990. I am led to believe that he thought I was too 'young' for the position, but decided to give me a chance, and so began my long career with CACDP in April 1990. I joined at the start of great things for the organisation, we were definitely on the up and sign language learning was becoming more and more popular. Stewart was innovative and had amazing vision. In the time I worked with him he never stepped away from his vision and what he thought the organisation should be and what it could achieve. We had a very small, but dedicated staff, all assessments were paper based, and examiners went to colleges/centres and ran assessments face to face. He strongly believed that all methods of communication with deaf people should be assessed, no matter how small the numbers, as every deaf person had the right to the best possible communication in whatever their chosen method of communication was. From the start he also advocated that all deaf people had a right to professional communicators and interpreters whenever they needed them, and the 'Register' was born. He had a gift of bringing together representatives from all types of organisations and encouraging them to work together so that his vision could be achieved and the range of assessments that CACDP offered covered all methods of communication. The organisation faced many 'lean' times financially and we rode many of those out with Stewart at the helm, with his unwavering faith that all would be good and we would come out of the other side, he was always right. He sought funding and opened offices in Belfast, Glasgow and London.

When I decided to leave CACDP in 1995 and move 'South' he offered me a job as Manager in the London office where I worked for 8 years. I accepted immediately, I didn't really want to leave, but my personal circumstances had taken me there. This became the development office and all of the Standards/Developments Officers were based there. We had a lot of visitors to the office in London and firstly had an office in Farringdon Road, and then we moved to Brushfield Street near Spitalfields Market.

The office had a committee room and we had many Advisory Committees in all subject areas including BSL, Sign Language Interpreting, Lipspeaking, Deafblind Communication, Deaf Awareness and Speech to Text Reporting. We sat through many long meetings together where there was discussion around qualifications and assessments with committees in a particular subject area. He would often say 'Paula I don't know how you are going to get any minutes from that meeting!'. 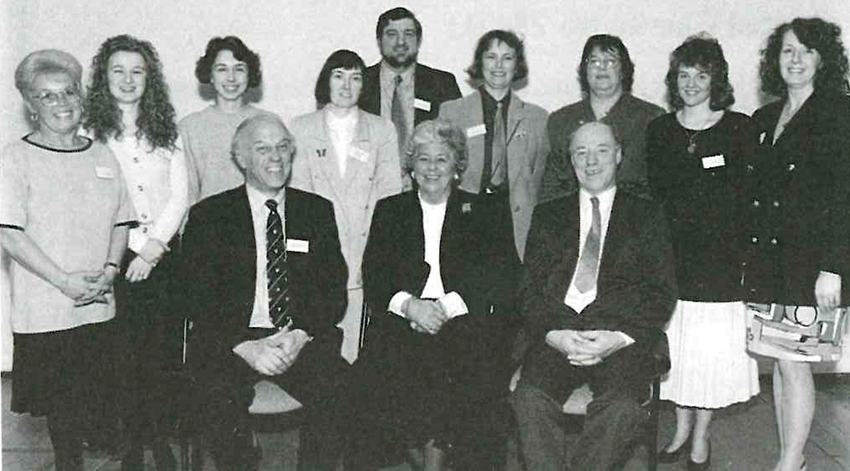 On a personal note several of the CACDP 'old timers' got together every year to have lunch. Stewart and Val attended my wedding and he always took a keen interest in where life had taken me and my family. He always took an interest in how things were going with the organisation, that it was secure and moving forward. I always looked forward to his annual Christmas letter, not many people write letters now, but he did with great wit and eloquence. It was so lovely to see Stewart back in the office in November last year and it seems all the more poignant now that he is no longer with us. Stewart was a true gentleman; always caring and considerate, but with a dogged determination to get things done. He will be missed by all those who knew him, myself included. 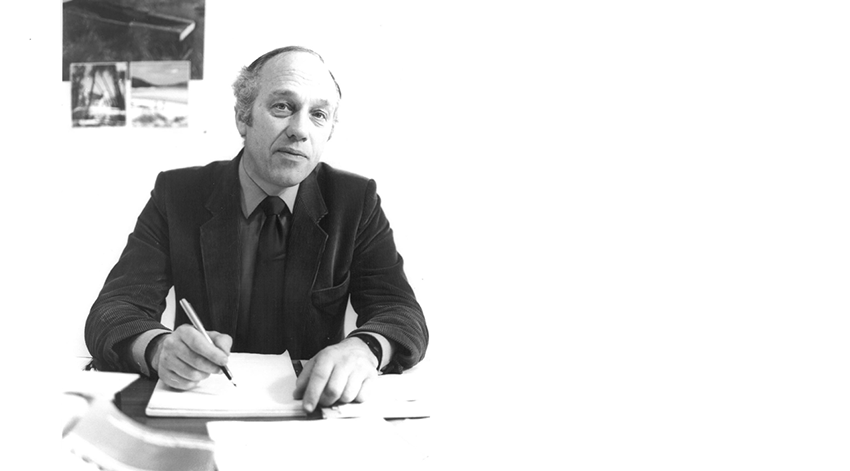 I first met Stewart in November 1990, when he interviewed me for a secretarial position at CACDP. Despite being told the next day that I had the job, I didn't start work until 2 January 1991. Stewart was a very tall man with a significant presence, but always smart and well dressed.

My earliest memories of working at CACDP was what a close-knit work force we had. I quickly fitted in, and soon realised that no two days were the same. Everything was manual, from entering candidates, processing results to sending marketing leaflets. No matter what needed to be done, everyone was hands-on in making sure tasks were carried out, and that often included Stewart. He was known to his colleagues as TSS and had the matching sign name.

I soon became PA to Stewart and worked very closely with him. He was a very authentic man, and I was required to go to his office every day, where he dictated letters to me and I took them down in shorthand, went off to type them on a typewriter and present them to him, so he could sign them. We were required to take a carbon copy and a file copy, so I always dreaded making a typing error as it involved altering three versions! If he didn't travel to Durham every day, from his home in Penrith, he would often handwrite letters for me to type when he was back in the office. We often had a giggle at my interpretation of his handwriting.

His dedication to enriching the lives of deaf people was second to none. He had excellent contacts with other voluntary organisations involved in deafness and used his contacts to the extreme. We had many auspicious patrons who helped drive the organisation forward and deliver a worthy service so that deaf and hearing people could communicate with one another.

I remember Stewart's passion for CACDP right from the outset. He often told the story of when CACDP was in financial trouble and all the staff had had their notices given, much to the unwillingness of Stewart. He appeared on the BBC news to secure funding. The next day Mr Joseph Maitland Robinson rang to donate £100,000 to CACDP, and the organisation was saved. That is just one story of Stewart's dedication and sheer passion for everything he did.

As his PA I helped organise the annual presentation of certificates, a hugely exciting event held each year to honour those who had achieved our highest awards. Again, Stewart's contacts played great effect in this event, securing guests of honour such as Princess Anne, Prince Andrew, Sir Richard Attenborough, Kate Adie and Trevor McDonald OBE. That list is not exhaustive. Certificates in those days were very prestigious. Stewart would hand deliver the certificates to a calligrapher in Penrith, with a list from me of the correct spelling, after being checked numerous times by both of us. He would personally pick them up a few weeks later and sit and sign each one of them before they were put safely away to be handed over at the presentation.

I would say without a doubt that working with Stewart from such an early age has instilled in me the work ethic I have today. He has played a huge positive influence in my life.

Stewart was a true gentleman, a kind-hearted, loyal person, and someone I am delighted to have had the pleasure to know all of these years. I still giggle at his efforts to get on board with technology when we first had fax machines, computers and printers installed into CACDP. However, he still liked to do things his way, good old fashioned shorthand and typing and personal written letters, something you don't often see today.

A few of the 'old' members of CACDP, now Signature, still meet for lunch every now and again, and it is always a pleasure to reminisce about the good old days. He always showed such an interest in Signature as it is today, and also in my family and interests. I am so pleased we managed a final lunch not too long ago and were actually planning our next one.

When Stewart retired in 2000, we had a huge send off for him. Every member of staff had helped to create an embroidery of Durham Cathedral as a memento of his time at CACDP. He was thrilled. Stewart smoked cigars and at our Christmas parties he would always smoke after our meals, something you can't do today. My gift was very appropriate, a cigar cutter and he had it engraved 'From your favourite Redhead, Kimberly'. Well, Stewart, I am honoured to have always been your favourite redhead and will miss you dearly.