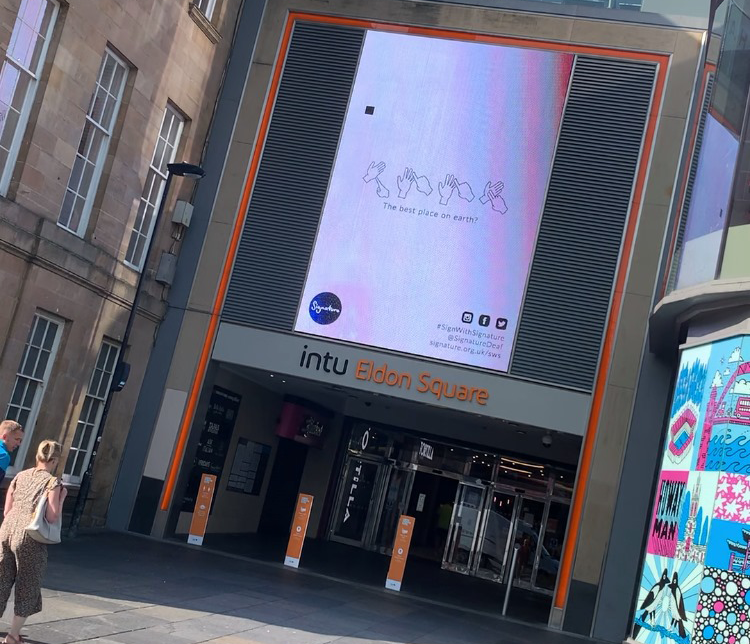 Our Sign with Signature marketing campaign began on Monday 21st September, running continuously for two weeks and ending on Sunday 4th October. We hosted physical advertisements in Newcastle City Centre. Digital billboards situated opposite Grey's Monument and above the Life Centre, and static traditional billboards on the sides of 16 buses, and opposite the platforms within two Metro stations.

We received some excellent feedback from people who saw the advertisements. Updates and interactive social posts were published on a daily basis to keep up the momentum.

In total, our #SignWithSignature campaign had a reach of over 2.5 million people across physical advertisements and social media.

Signature will look to run a similar campaign in different locations across the country in 2021.