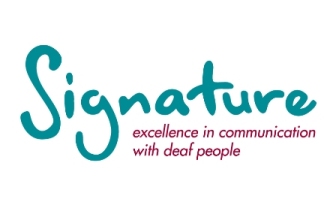 This year, largely due to the great work of Wayne Barrow and The Silent Child team, there has been a lot of much-needed conversation surrounding BSL in schools, and the status of our proposed GCSE in BSL. We wanted to give our supporters an update on the status of the qualification and stress how hard we are continuing to fight.

Our current UK Government, under the direction of Minister of School Standards Nick Gibb MP, is refusing to introduce any new subjects to the current GCSE offering. Neither Ofqual, the government department that regulates qualifications in England, nor Nick Gibb and his Department for Education will provide us with the permission we need to continue with the final stages of developing this qualification.

We are in regular and ongoing contact with OfQual and the Department for Education, but without their backing, we cannot take this qualification any further.

Last week we received a letter from Minister of School Standards Nick Gibb MP which states that during this government they will not be considering any new GCSEs, until the government’s position changes we can’t take this qualification any further forward.

It is time the Government gave us their support and allowed us to continue preparing this important qualification for young people in England and Wales.