The Hands on Ears campaign 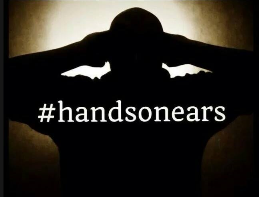 The Hands on Ears campaign was setup by Danielle Williams in 2014, with the aim of raising awareness of the challenges faced by deaf children.  The idea for the campaign came after Danielle’s son Alfie was diagnosed as being profoundly deaf, following a virus that he contracted in November 2012 at only 18 months old.

As a mother with a young deaf child, Danielle decided to embark on her campaign to focus on the positive aspects of deafness, and to ensure that people would know how to respond to Alfie should they meet him.  The idea for the Hands on Ears campaign came from Alfie himself, who would do this action before he lost his hearing if something was too loud.

The campaign was officially launched during Deaf Awareness week this year, and has so far been the most successful community action project that the NCS (National Citizens Service) has ever had.  It has been supported by many well known people, such as Zoë ball and Norman Cook, Tanni Grey Thompson, Andi Peters, Adam Richman from ‘Man v Food’ and the Red Arrows, who have all tweeted a photo of themselves doing the Hands on Ears pose.  It has also lead to a song being recorded, and a possible music video in the pipeline.

If you would like to get involved with the campaign or read more about it, you can view Danielle’s Facebook page here.  You can also tweet her with a photo of yourself doing the pose using the #HandsOnEars hash tag.