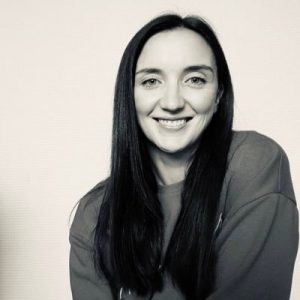 I recently hosted a birthday party for my son. He had invited 9 of his friends to a local sports centre for a laser tag and dodgeball afternoon, and I had the task of ensuring everything ran smoothly throughout.

I liaised with the sports centre staff, lipread them and used gestures to clarify certain things. I welcomed and spoke to all of the parents dropping their children off. And last but not least, I lipread and managed 10 excitable, boisterous hearing kids during the afternoon.

I suppose it doesn’t sound like much, really. Not to a hearing person, at least! But afterwards, I was exhausted.

I remember slipping away from the party briefly and whilst I was in the bathroom I let out a deep sigh. My shoulders were tight, my forehead was tense and my eyes were tired. I realised that I was harbouring a low level of anxiety due to the responsibility and pressure I felt communicating with so many hearing people.

So many accents around me! So many fast lip patterns! So much information to relay! As someone who is guilty of having a Type A personality, I don’t always realise I’ve spent too much energy until I’m absolutely spent. And I don’t mean just physically, it’s a mental thing.

Realising that this type of event triggers low level anxiety in me was really intriguing. Do I always feel on edge when I’m with a group of hearing people? Do I instantly become hyper vigilant when I’m expected to lipread and use my voice?

Thinking about it, perhaps I do. As a child and teenager I hated having to ask for anything in a shop or restaurant. If I had to say something to a cashier, I would rehearse it over and over in my head and berate myself if I got it wrong or mispronounced something.

Growing up with the notion that the hearing world was ‘normal’ and being deaf was an unfortunate flaw, I did everything I could to blend in. Yet the simple act of speaking out loud – and especially to a group – frightened the living daylights out of me. I felt vulnerable and exposed.

‘People will find out I’m deaf and they won’t like me’ is what my little inner child used to say.

I’ve come a long way since then for sure. In fact, part of my personal growth and formation of a positive deaf identity only came about after I experienced an episode of burn out back in 2008.

At the time, I had graduated from University and was offered a part time job for an arts charity in Liverpool, 2 hours away from home. I snapped up the job, commuting long distance 3 days a week and also began work as a freelance dance teacher across the country. I worked crazy hours across the UK, driven unknowingly by this unconscious need to prove that I could carve out a great career despite being deaf.

After a year, my body couldn’t take anymore busyness. I contracted viral meningitis and after a stint in hospital I realised how incredibly unhappy and anxious I had been all this time. Why was I always so busy? Why couldn’t I sit still? What was the real reason behind this incessant striving?

I sought out counselling and after the initial assessment, the counsellor recommended that I firstly explore the grieving process. “Grief? Why?!” I thought.” I haven’t lost anyone.”  She explained to me that as I became deaf slowly over time, the whole process may have gotten brushed under the carpet and not dealt with emotionally. I felt defensive and annoyed and shuffled in my seat for a while. In the end I decided I was willing to give her ideas a try.

Even though my counsellor was hearing she really caught onto so many useful things. She picked up that due to conditioning from the outside world I had formed the unconscious belief that I had to constantly prove myself because of my deafness. She also noticed how I liked to be in control of everything and had perfectionist tendencies. Basically, my deafness triggered insecurity in me because I saw myself as being ‘less than.’

The counselling sessions were incredibly insightful and eventually I decided to quit the long distance jobs and found a new job close to home instead. My body got stronger, my health returned and I started engaging in more hobbies for fun and not just in pursuit of success.

Since then, I try to make a habit of checking in with myself if I am feeling anxious or overly worried. “What is going on here?” I ask myself. “Why is this so important to me?” This simple act of self introspection really does go a long way to protecting my mental health and developing resilience.

I was very fortunate to have such a positive experience of counselling by a deaf aware counsellor and its because of this that I heartily recommend therapy for anyone struggling with their mental health.

At the time of writing, it has been said by the mental health charity Mind that 1 in 4 people will experience some kind of mental illness each year. Signhealth have also stated that there is a higher prevalence of mental illness in the deaf community compared to the hearing population. This means at least 1 in 3 deaf people must struggle with their mental health each year.

These are saddening facts. I truly hope that as the number of accessible services across the UK increases, we should hopefully see more deaf people receiving all of the support that they need for their mental wellbeing.

Looking after your mental health should feel and be just as ordinary as taking care of your physical body. Exercise, drink water, eat well we are told for healthy bodies. Seeking support and developing a compassionate relationship with your mind should also become the norm too for healthy minds.

Throughout this deaf awareness week I hope to make others aware of just how complex and exhausting being deaf in a hearing world currently is. By taking simple steps to become more deaf friendly or learn British Sign Language you can actually taking a great load of pressure off deaf people and open more doors to include us.

What a welcome relief for our mental health that would be.