This article first published in the Signature Inspire Magazine – Spring 2015 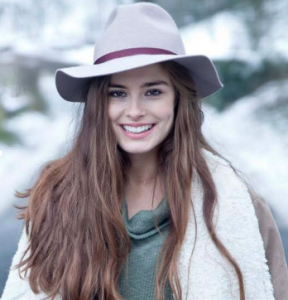 Rachel Shenton is a British actress who is best known in the UK for playing the role of Mitzeee Minniver in the soap Hollyoaks. Since leaving the soap in 2013 she has successfully made the move from Chester to Hollywood after landing a role on the popular US TV show Switched at Birth. Rachel is also well known in the deaf sector as a campaigner for raising deaf awareness; she completed a skydive in 2011 for the National Deaf Children’s Society, climbed the BT Tower in 2012 for Action on Hearing Loss and has been involved in many more projects. Rachel took some time out of filming Series 4 to speak with Signature about her role in her new show, as well as telling us more about her charity work. “I’m currently playing Lily Summers in Switched at Birth on ABC Family. It’s awesome! I joined the show in Season 3 so it was great when I got the call to come back for another season.”

The show has been praised in the US for its promotion of deaf awareness, and has been well received by its viewers. The show was launched in 2011, and the premiere episode on the ABC Family network was the highest-rated they had ever had, with 3.3 million viewers. “It’s a pioneering show and has received a lot of critical acclaim, being the first show to have multiple hard of hearing and deaf characters and do full American Sign Language episodes”. Rachel started learning sign language herself when she was younger, and it was her knowledge of British Sign Language that initially helped her get noticed by the producers of Switched at Birth.

After seeing a video of Rachel signing they made the call to meet her for an audition, and her background in the deaf community has really helped with her work on the show. Rachel initially started learning sign language after her father passed away. He had become profoundly deaf during the last 2 years of his life, and this spurred Rachel on to become passionate about campaigning to raise deaf awareness.

“I’m also an ambassador for the National Deaf Children’s Society”. Rachel has shown no signs of slowing down in her campaigning, and told us more about a new project that she has become involved with for the National Deaf Children’s Society. “I have actually just launched a competition for NDCS called ‘Raising the Bar’, and would urge all young deaf performers to join up and showcase their skills”.