May is Mental Health Awareness month so I wanted to share a little about my mental health as it relates to my hearing disability. As someone diagnosed with moderate-severe hearing loss at a young age, and more recently with sudden hearing loss, I know how closely intertwined my own mental health is with my hearing journey. Sharing this story is difficult, but I want to write it in honour of Mental Health month. 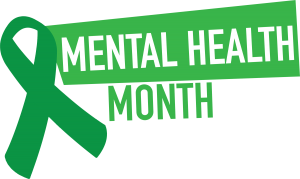 Two summers ago I graduated with my degree in Nursing and was preparing to take my licensure exam. Other than being very stressed about my exam, my mental health had never been better. I was extremely excited and eager to finally begin my career as a pediatric nurse!

However, in the process of preparing for my big test, one morning I woke up and felt strange. I had trouble hearing out of my left ear. It felt full⁠—like I had been on an airplane or driving through the mountains all night. The little sound that I was able to hear was very distorted. It was like I was listening to the world through busted speakers. My ear started to ring nonstop. This all seemed very unusual, but I didn’t give it further thought. After all, I had a big test to prepare for, and I didn’t think I needed to be worried about (what I thought was) a minor ear infection!

A month later, I took and passed my nursing boards. Relieved, I figured it was finally time to get my hearing fixed. Earlier in the month I had been to a few urgent cares and had been on several different antibiotics. I decided that I didn’t want to prolong this anymore and called an Ear, Nose and Throat Doctor (ENT) and I was surprised when they asked me to come in that very same day.

The ENT doctor started the appointment with a hearing test. A little background about me, I was diagnosed with moderate-severe hearing loss in both ears at the age of two and have worn hearing aids ever since. Hearing tests have become very routine for me, I get at least one every year, if not more often. But this exam was anything but routine…I cringed and fought back tears as I could barely understand any of the words that were fed in my ear⁠—it sounded like the speakers in the sound booth were broken or even busted. My palms grew sweaty and my heart started to race as I saw the concern creeping into the examiner’s face. I knew something was wrong, but absolutely nothing could have prepared me for what was to come.

After the test was over I was escorted into a small room to go over the results and I couldn’t believe what I was hearing⁠—or, in this case, wasn’t hearing! The doctor said that I had “Sudden Hearing Loss.” It is a quick, unexpected, and sometimes unexplained severe hearing loss that occurs all at once or over the span of a few days. Around 1 in 5,000 people are diagnosed with it every year. Less than 20% of my hearing that I had had a month ago remained intact.

The doctor recommended starting treatment immediately. He explained that a steroid shot needed to be injected through my ear drum and into my middle ear. Also, he explained that in order for this treatment to be effective it must be started right away. In my case it was already too late.

I agreed to get the shot but was overwhelmed with emotions. I held back my tears until after the doctor left the room following the injection. As my ear was stinging with pain and the room swirling around me (which are both short term side effects of the shot) I finally burst into tears⁠—I had never felt so alone and helpless in my life! The doctor made it pretty clear that my hearing may be gone for good.

My life changed quickly as my hearing loss not only took a physical toll on me but an emotional one as well. I was exhausted all the time from working so hard to keep up with just simple conversations. My doctor explained that the dizziness and intense ringing was my brain’s way of trying to compensate from the lack of sound it was receiving. My confidence was shattered and I began to isolate myself from my family and friends as I grieved my loss. I had truly never felt so vulnerable and alone in my life. I continued to get treatment, but had given up hope that I would ever recover.

Luckily for me, my hearing did come back, 3 months later. I noticed it one morning when I was scooping dog food. I was so shocked but most of all so relieved. I felt like I was part of the world again and began to feel like myself for the first time in months. No longer did I constantly feel sad and even desperate, but in fact, for the first time in a long time I felt at peace again.

This story does not end here though. I wish I could tell you that when my hearing returned, my life returned normal as well⁠—but that is far from the truth. These past 2 years have been about growth, resilience, determination, but most of all grace. Through working on myself and going to therapy regularly, with time, just like my ear healed I began to heal as well. To this day, I still struggle with my hearing going out for months at a time. In fact, as I write this today, my hearing in my ear is out again. In honour of May, support those you love that are facing mental and physical health challenges.