Celebrating 40 years of CACDP (now Signature) as an independent organisation 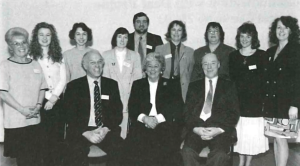 On 1st January 1982, the Council for the Advancement of Communication with Deaf People (CACDP) became an independent organisation. Charitable status had already been applied for and would be formally granted later that month.

CACDP was formed in November 1980 from a Communication Skills Project financed by the Department of Health and Social Security and administered by the British Deaf Association. The project had begun three years previously and officially ended in December 1981 – after which CACDP became an independent charity.

Some of the organisations involved in the skills project were: BDA, RNID, BATOD, Catholic Deaf Association, Church of England Council for the Deaf, DeafPLUS, DeafScotland, UK Deaf Sport and City Lit.

Deaf people have been instrumental in the development of CACDP involved in all activities, at every level including on their board of trustees, their tutors and consultants. They work alongside native BSL users to ensure that all of their assessments have the highest quality of language and content. 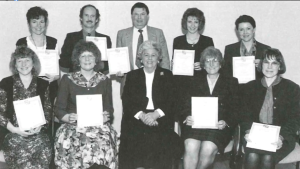 Over the last 40 years, CACDP, now Signature have achieved an awful lot.

Since beginning their work to promote and teach British Sign Language (BSL), they have supported more than 460,000 people to pass one of their exams.

They launched the first directory of Sign Language interpreters, which ultimately allowed them to create NRCPD, another independent charity.

In 1985, they created the first curriculum and examinations for ‘Lipspeakers of Known Ability’ – the people who had completed the advanced examination would go on to become founding members of the Register of Lipspeakers. In the same year, they also ran their first ‘Communication with Deafblind people’ course.

In 1992, CACDP developed the first Deaf Awareness course, to which there was widespread interest in helping thousands of people to become Deaf aware through these courses.

Over the years they have also developed several other qualifications and assessments, including Speech to text reporting and Communication Support work. 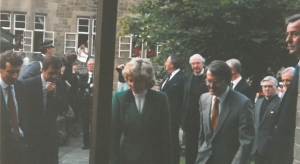 Signature has been involved with the process of creating a GCSE in BSL for many years now. Beginning with a successful pilot qualification in 2015, they oversaw its creation and distribution throughout a range of secondary schools. They have since submitted proposals to the Department for Education (DfE) and Ofqual, and in 2019 it was confirmed that the DfE would begin the complex process of developing subject content to see if a GCSE qualification is possible.

Signature have also held 10 Signature Annual Awards, which recognised people who are going above and beyond to improve access for deaf people. The awards weren’t just about what has been achieved so far, but how nominees were leading, educating, and inspiring to create a brighter future for others. 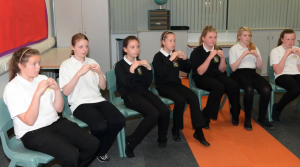 In 2019 Signature were named ‘Awarding Organisation of the year’ at the Federation of Awarding Bodies awards, and last year 2021, they were nominated for qualification of the year at the same awards for their ‘Level 6 Diploma in Sign Language Interpreting and Translation’.

Lindsay Foster, Executive Director at Signature said “I would like to thank everyone that has contributed over the last 40 years, without you Signature would not be the organisation it is today.

You have shaped the way we do things, what we focus on and everything we have achieved.

We look forward to achieving even more with your support over the next 40 years”.