Our Board of Trustees is responsible for promoting the vision and objectives of Signature. They provide firm strategic direction to the organisation, setting overall policy, defining goals and setting targets and evaluating performance against those agreed targets. They ensure that agreed plans and budgets are monitored, delivered and evaluated by the executive team.

Members of the Board work alongside the Signature team at functions, meetings or other events. They act as representatives of Signature and promote and enhance our reputation and values.

Paul Keen became a Trustee of Signature in March 2012 and Chair in July 2017. Now retired, Paul previously held senior positions at the Department for Work and Pensions, including as Field Director for Jobcentre Plus in the North West, and as head of the services Jobcentre Plus and the earlier Employment Service delivered to disabled people. That included Access to Work where Paul oversaw a significant expansion in support, not least for deaf and hearing impaired people.

Paul also chaired the Yorkshire & Humberside Advisory Panel for Changing Faces, the charity supporting people with disfigurements; and helped to lead their efforts to establish new services and build partnerships with the health service in the region.

Liz has been a Signature Trustee since 2012 and Chair of NRCPD since November 2016. She originally trained as a teacher and youth worker and moved into deaf education in 1986. In 1990, Liz joined RNID as a development officer in East Kent working on post 16 provision for Deaf teenagers with additional support needs. In 1994 Liz moved to Sense to develop work in the field of acquired deafblindness. During her time with Sense, Liz was part of the team developing and delivering the Deafblind Studies programme and worked with a wide variety of organisations, both nationally and internationally. Liz has been part of the International Acquired Deafblindness Network since its early days and has chaired the Network since 2010.

Liz is severely deaf as a result of Menieres and uses a variety of modes of receptive communication, dependant on the situation (lip reading / SSE / BSL). 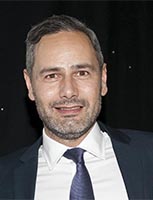 Mark joined our board in September 2017. Mark is head of Sign Language and Lipreading at City Lit in London. Over the years, Mark has taught and assessed all levels of BSL, from introductory to Level 6, and is a qualified Internal Verifier, also providing consultancy and advice for BSL tutors in other colleges. Mark has lectured on the City Lit / London Met University ‘Deaf Studies’ degree and has coordinated a number of training programmes for external businesses across London. He believes his experience will lend itself to supporting the development of Signature and has a particular interest in accessibility and improving standards of BSL.

Helen joined our board in December 2017 as trustee and treasurer and is currently Chief Operating Officer of Tyne Community Learning Trust, a multi academy trust of 9 schools in South Northumberland. A chartered accountant, Helen is responsible for running the Trust finance department and business service teams. Helen, who is from Huddersfield, remained in the North East after gaining her accountancy degree at Newcastle University in 1987.

Her first post was with Ernst and Young in Newcastle, where she qualified as a chartered accountant. She went on to work at Northumberland Training and Enterprise Council in 1992, where she became financial controller. In 2001 Helen joined the Learning and Skills Council with responsibility for the financial aspects of Capital projects and to provide financial advice and support to all 22 colleges across the region.

Helen then joined South Tyneside College as Vice Principal for Finance and Resource in 2008, and became Deputy Chief Executive in 2013. The College merged in August 2017 with Tyne Metropolitan College to become Tyne Coast College. The college set up an academy trust in 2013 which had 3 schools at the time Helen left in December 2018.

John Walker joined Signature as a Trustee in October 2015 and became Vice Chair in November 2016. He is a Teaching Fellow at University of Sussex and developing undergraduate programmes in British Sign Language and Deaf culture, as well as open courses. He is also a PhD student in Social Geography, which includes the mapping of Deaf spaces. His interest in working with Deaf and hard of hearing people began with 'Friends for Young Deaf people', where he worked as a development officer and latterly training manager, before setting up his own training company, Chereme Ltd. John formed the 'Our Space' project with University of Brighton to reimagine Deaf spaces and test these ideas within the community; including the Deaf Cultural Outreach Group (DeafCOG), a social enterprise, of which John is a director. 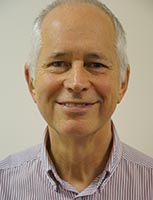 Ian Robinson is semi-retired and is a freelance Trainer and Consultant on Deaf issues. He was Coordinator for Leeds City Council’s Deaf START Post 16 team working with FE & HE Deaf students in and around Leeds for 10 years. He managed a large team of CSWs, English Support, Educational Support Workers and Educational Interpreters that covered colleges around Leeds, ensuring Deaf post 16 students received quality communication support and developed independence.

Previously, he worked for 5 years as CACDP Standards Officer based at their Durham office. Ian was involved in monitoring, liaising with and training BSL examiners. From 1990, he worked mainly in the Deaf education sector as full time Senior Deaf Instructor for Humberside County Council supporting Deaf pupils, and later at Deaf Instructors in Leeds. He was employed as on-screen translator for Tyne Tees TV SignPost team based at Newcastle for 2 years from 1999.

He has taught qualifications ranging from Deaf Awareness, Communication Tactics, BSL in Stage 1-3 / Level 1-4 and interpreter training, and was one of the first qualified external verifiers for CACDP’s BSL Level 3 and 4 NVQ.

Ian has been involved with Signature as an assessor, trainer, advisor, moderator, external verifier for NVQ, Qualification and Standards Committee member and customer since 1989. He believes in promoting and advancing communication between Deaf and hearing people.

Karen Riley became a Trustee in September 2018. She is now retired and was previously Headteacher of Frank Barnes School for Deaf Children in Camden, London. She has had over 35 years teaching experience and 19 years in senior leadership roles. She has worked extensively in special education and primarily in bilingual deaf education. She is Secretary of the Sign Bilingual Consortium and is also a member of several deaf organisations committed to raising educational outcomes for deaf children including CRIDE, BATOD, NatSIP and formerly the BSL coalition. Karen was also a mentor for the Aspiring Leaders programme in Camden, supporting school leaders to become Headteachers. Following her retirement she was a regional tutor for the University of Leeds, mentoring trainee Teachers of the Deaf. Throughout her teaching career she was renowned for building collaborative networks of teaching practitioners and researchers in deaf education, to promote and share good classroom practice, and develop teaching resources for deaf children.